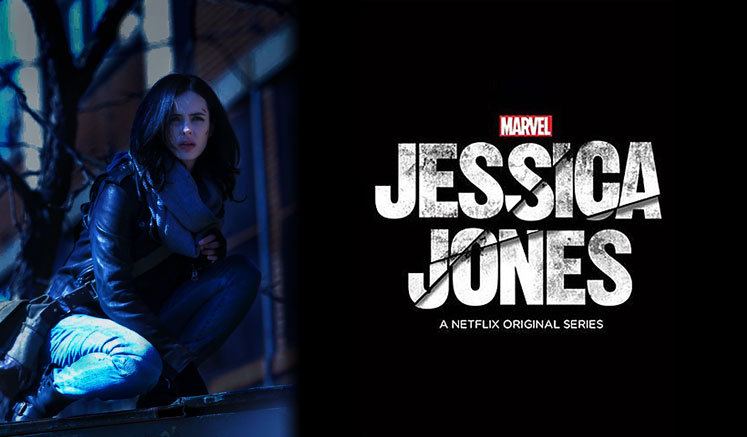 Fast facts on the show:

It’s starring Krysten Ritter as the title character, the focus of a comic book called Alias which ran from 2001 to 2004. Her origin ties tangentially to Peter Parker (Spiderman) because they were in the same high school classes. In another shocking example of sloppy, irresponsible stewardship of dangerous, life-altering chemicals by the military, Jessica received her powers as the result of an accident involving a just such a convoy. (Daredevil and the Teenage Mutant Ninja Turtles can relate, not to mention The Return of the Living Dead.) An unfulfilling tryst as a mid-level superhero (super-strength, super-tough, flight, tough against psychics) left her with a nemesis (Kilgrave), some super-friends (Luke Cage, Daredevil) and aspirations for a new career as a private investigator. You probably already know Ritter from Veronica Mars, Don’t Trust the B (she was the B) or Breaking Bad.

Starring as the afore-mentioned nemesis is none other than Doctor Who himself, David Tennant! He always brings a zany, anything-can-happen kind of spirit to the characters he plays, so this should be a good fit for him.

Other familiar faces as series regulars include: