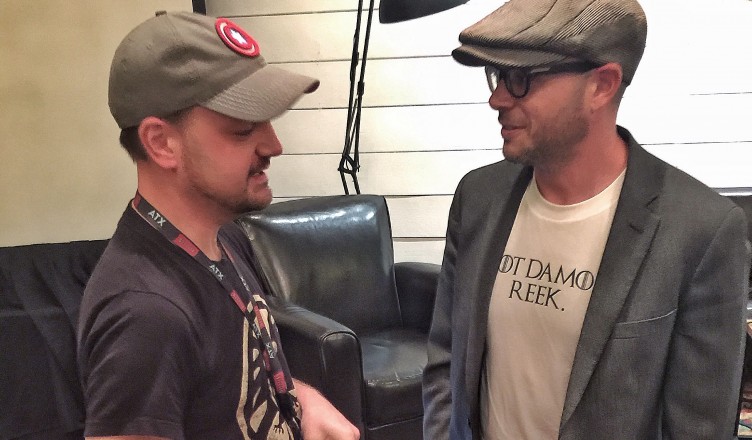 A couple months ago, Caroline and I attended ATX. ATX is an annual festival in Austin, TX all about TV fandom. The primary attraction this year was the reunion of the cast of Gilmore Girls. I was not attending to see those particular events, but it was still quite a spectacle to see those actors all together on stage.

What made the trip for me though was seeing The Leftovers panel with Damon Lindelof and Mimi Leder. Hours before the panel, surprise guests Chris Eccleston (Matt Jamison), Carrie Coon (Nora Durst), and Ann Dowd (Patti Levin) were added. Before that point, I’d only been vaguely aware of Damon’s new show. I’m not a tried and true HBO subscriber, and had only recently gotten into Game of Thrones (and only Game of Thrones) on the new HBO app. I am, however, a big, huge LOST fan, so seeing Damon in the flesh, regardless of topic, was an opportunity I wasn’t going to miss. Throw in Doctor Who and you’ve got the kind of event you never forget.

Everything they talked about, including the show’s pitch black outlook, made me want to devour it. I’m glad I did. There is so much about the structure and storytelling used in the series that reminds me of what I loved about LOST. There are character-centric episodes, time-shifting episodes, unexplained stuff that gets called-back later in the series… It’s not really a binge-watch show though. I tried. It’s too dark, too affecting to make it through more than a couple in a row in one sitting. That doesn’t really diminish the desire to see what gets revealed next though. It’s more of a bodily sense that you just can’t take any more sadness for a while.

If you like LOST, you’ll recognize Damon’s fingerprints on The Leftovers, but that’s no guarantee that you’ll like it. It’s very good, but hard to recommend to people. It’s like saying, “You like to be sad, right? Well, watch this. It’s 10 solid hours of sad.”

Once I finish the book, I’ll put up a comparison of the two.