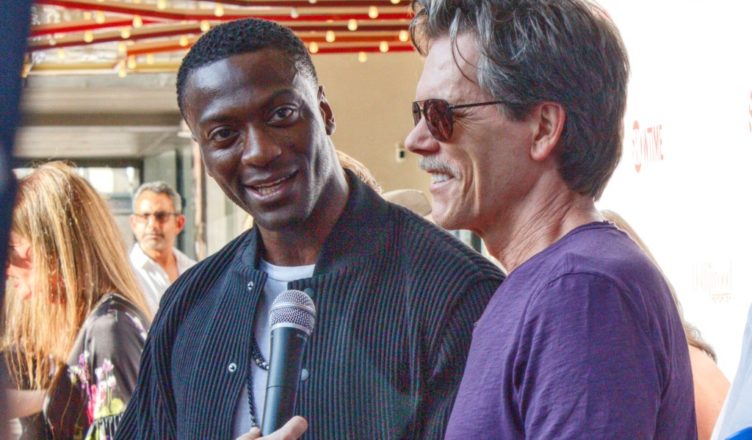 It was an honor to see Phylicia Rashad receive her lifetime achievement award. Really. But Day 3’s programming is why we were excited to come to the ATX TV Festival 2019.

Fifteen years ago, a defunct TV network called UPN gave a writer from Dawson’s Creek a chance. That writer, Rob Thomas, wanted to tell a story about a teenage private detective and her struggles to make it through high school in an affluent California town. He gave us Veronica Mars, the show that put Kristen Bell’s star on its meteoric rise. Though the show’s original run only lasted three seasons, fan support was so strong, Thomas was able to film a movie using Kickstarter funding five years ago. Fans wanted more. Lucky for us, Bell, Thomas, and the rest of the principal cast have remained close and devoted to telling more Veronica Mars stories. Their dedication takes shape for all to see on July 26 in the form of the show’s fourth season streaming from Hulu.

Thomas brought a never before seen clip of the new show along with Jason Dohring, Enrico Colantoni, and Percy Daggs to the Paramount Theater to thunderous applause. The only thing that could have made this panel any better is if Kristen Bell would have jumped out from behind a curtain. Minus a surprise appearance by Veronica herself, fans left the theater very happy. Not sure you want to watch yet OR want to catch up? Hulu will be adding all three previous seasons on their service beginning July 1.

Sex scenes. Whatever you thought you knew about sex scenes and how they are shot is probably wrong. This panel exposed that while fighting and stunts have become highly structured and regulated in TV and film, intimate scenes still suffer from an old-fashioned mindset. The women on stage all brought different points of view to the discussion. Saracho’s show Vida depicts a lot of onscreen sex acts and it’s a topic she takes very seriously. Micheaux’s career includes many roles in which her characters engaged in onscreen sexual acts, making her a valuable contributor to this discussion. The stories she told left many audience members wide-eyed in disbelief. Some working conditions and contractual traps she’s endured have weighed heavily on her emotions and taught her some hard lessons.

Alicia Rodis offered the perspective of things are supposed to work on set from her position as an intimacy coordinator. Fight scenes have fight or stunt coordinators, right? An intimacy coordinator is kind of like that. But for sex. Rodis helps get the performance the director wants while providing the actors a safe, respectful environment whenever the script says, “they have sex.” This eye-opening discussion made people realize there’s still a lot of work to do in this area.

I didn’t know what to expect from the description of Undone. The blurb said it came from some key people from BoJack Horseman and that it was animated. That got me in the room. What I saw made me want to keep watching. Style-wise, go check out A Scanner Darkly, a movie Richard Linklater made based on a Philip K. Dick story of the same name. He used an animation process called rotoscoping which involves drawing on top of previously filmed actors as they perform. The effect in both pieces serves to create a dreamy, surreal effect that heightens the viewers’ distrust of everything they see. The artists Linklater assembled for his 2006 film have been rotoscoping ever since and were tapped to be part of this production thanks to that experience.

Creators Kate Purdy and Raphael Bob-Waksberg described the process as including most of what you’d shoot for a live-action production combined with the frame-by-frame painting required for an animated show. The audience left knowing two things. First, this was an expensive and painstaking show to create. Second, there is nothing else like this on TV. Think of the International Assassin episode from The Leftovers and then turn that into your whole season. It’s like that.

City on a Hill

When I heard Kevin Bacon would be at ATX, I never would have thought I’d have a chance to meet him. As you’ll see once the interviews get posted, I met Kevin and his costars as they took to the red carpet on closing night. They were at ATX this year promoting City on a Hill, a new series from Showtime. Set in the Boston of the nineties, City on a Hill sprang out Ben Affleck’s mind and then was channeled by the show’s creator Chuck MacLean.

Three distinct points of view guide the show’s narrative. Bacon plays Jackie Rohr, a corrupt and amoral veteran FBI agent. Former Friday Night Light’s actor Aldis Hodge plays Decourcey Ward, an idealistic new district attorney in need of Rohr’s special kind of tutelage. Opposing them, Jonathan Tucker leads a group of armored car robbers with a surprising traitor in their midst. Fans of police and legal dramas should find a lot to like with this one.